Richard B. Risk
Jan Schlichtmann is a nationally known environmental and civil justice lawyer whose work has inspired a book and movie. Schlichtmann, named one of “The Best Lawyers in America” via peer review process, is coming to The University of Tulsa as part of the Richard B. Risk Continuing Legal Education Practicum Series. 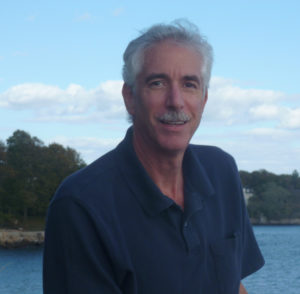 Schlichtmann graduated from the University of Massachusetts at Amherst in 1973 followed by a law degree from Cornell University in 1977. He began private practice in 1978 in Massachusetts and it did not take long for his work to be recognized.

Hear Schlichtmann speak Wednesday, April 4 at 6 p.m. in the Lorton Performance Center, free and open to the public.

Schlichtmann is most known for his work on the federal lawsuit Anderson v. Cryovac, Inc. where he represented eight families from Woburn, Massachusetts, in 1986. There were multiple instances of leukemia that affected each of the families and, after taking the case, Schlichtmann alleged from the evidence he found that the water was being contaminated by Cryovac, a subsidiary of W. R. Grace and Company; Beatrice Foods, the operator of a tannery; and UniFirst, a laundry service. UniFirst settled first and the money received from that company was put to the case against the other two. The jury found Beatrice not liable, but Schlichtmann received a settlement from Cryovac. This case and the events surrounding it were documented in the book A Civil Action written by Johnathan Harr in 1995. The book became a best seller, won the National Book Critics Circle Award for nonfiction and was made into a 1998 movie starring John Travolta as Jan Schlichtmann.

Since the case in Woburn, Schlichtmann has won many other cases and is known for his work in civil justice, science and the environment. In the late 1990s, he represented 69 Toms River, New Jersey families, who claimed that their children had developed cancer from pollution by three companies. They reached a settlement in 2001. Schlichtmann was also a co-founder of the Legal Broadcast Network (LBN) in 2004. LBN helps bring attention to important issues of law through blogs and podcasts

Schlichtmann has also lectured at many law schools and conferences offering his insights from his experiences. Schlichtmann’s Tulsa lecture is titled, “Justice & The Lawyer – Lessons from the Environmental Wars.”

Prior to the lecture, there was a private reception and showing of A Civil Action at the Circle Cinema with lecture sponsor and TU law alumnus, Richard “Dick” Risk, in attendance. TU law students, alumni and lecture registrants were invited.

Risk graduated from Oklahoma State University in 1963 and decided to attend law school in 1998. After graduating in 2001 at age 60, he decided to start his own solo practice. He settled a large class action suit early in his law career and wanted to do something for TU so he used part of the settlement to create an endowment for the law school in 2011. “At then-Dean Janet Levit’s suggestion, we created a practicum series to help new graduates of the law school learn things about practicing law that the law school doesn’t teach,” said Risk.

These regular lectures are available to students, the Tulsa legal community and anyone with interest in law. Risk wanted to add special lecture to the series. He said, “I suggested to Dean Lyn Entzeroth that we should consider in addition to the regular noon series having a speaker who would be recognized by the general public to talk about the virtues of the legal profession and its positive impact on our society. I immediately thought of Jan Schlichtmann, and I’m thrilled he accepted my invitation for this event.” Risk had heard Schlichtmann speak at two different seminars and thought he was a powerful speaker and a delightful person. “Jan and I are both advocates for truth and justice, and I am honored that he will be the first evening lecture sponsored by the Risk Practicum Series,” said Risk.

There will be a reception at 5:30 p.m. in the lobby of the Lorton Performance Center preceding Jan Schlichtmann’s lecture at 6 p.m. and the event is free and open to the public.